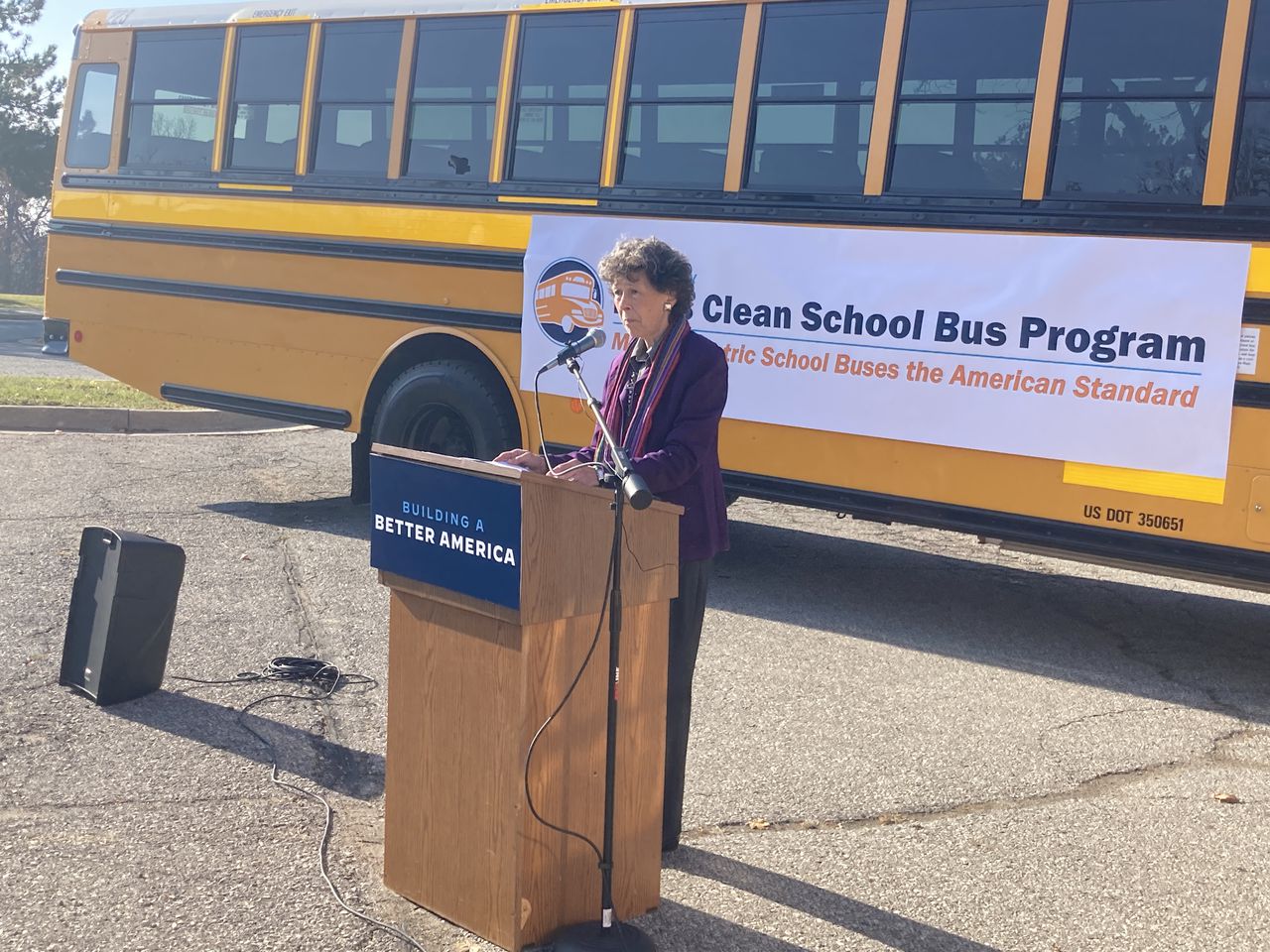 By Tracy BusmanNovember 4, 2022No Comments 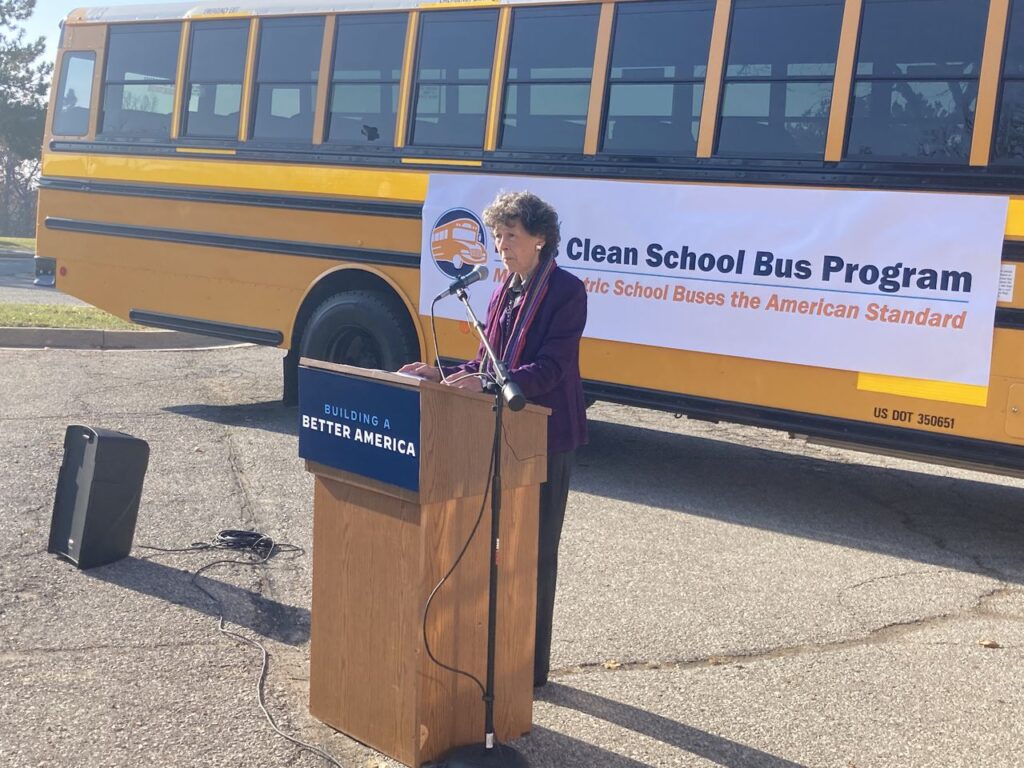 Environmental Protection Agency Region 5 Administrator Debra Shore speaks about the impact of the EPA’s EPA’s Clean School Bus Program on Wednesday, Nov. 2, at Ypsilanti Community Schools. YCS received $3.95 million in federal funding to purchase 10 electric buses that will be on the road by 2024.

State officials, local government representatives and Environmental Protection Agency Region 5 Administrator Debra Shore were on hand to celebrate the awarding of federal funding on Wednesday, Nov. 2, at YCS, speaking about the impact the new buses will have on the environment with the funding from the EPA’s Clean School Bus Program

The low and zero-emission buses will benefit communities that have been historically underserved, Shore said, noting the buses play a role in accelerating decarbonization of the transportation sector and improving air quality for schoolchildren.

“Phasing out these diesel engines will ensure cleaner air for students, bus drivers and school staff working near the bus loading areas and the communities through which the buses drive every day,” Shore said.

The $3.95 million in federal funding will help YCS install 10 electric bus charging stations in addition to the buses, which are supplied through Hoekstra Transportation. The funding was the fourth largest amount awarded in Michigan behind Pontiac City School District, Jackson Public Schools and Dearborn City School District, which also was recognized during Wednesday’s event.

Ypsilanti Community Schools’ buses will be deployed by the start of the 2024 school year, Hoekstra Transportation CEO Mark Hoekstra said. Hoekstra supplied one of the Thomas Built Buses the district will use during Wednesday’s event, noting the bus can drive a range of up to 134 miles or less, depending on weather and what other features are being run on the bus like air conditioning.

“This is a truly zero-emissions bus,” Hoekstra said. “Everything from the HVAC system all the way down to the electric motor is zero-emissions. We’re very proud of that fact and what it can do for the environment.”

The federal program was designed to accelerate the decarbonization of the transportation sector and improve air quality for schoolchildren and neighborhoods nationwide by reducing greenhouse gas emissions. The Midwest garnered more than 20% of this first wave of federal infrastructure money to buy “clean” buses; Michigan led that pack in both requests and awarded dollars.

Michigan EGLE Director Liesl Clark said putting electric school buses on the road is a “concrete” step in helping the state achieve its goals laid out in the MI Healthy Climate Plan, which lays out the vision for Gov. Gretchen Whitmer’s goal of achieving “economy-wide” carbon neutrality by 2050.

“I just feel like this is a super tangible way to move a lot of our goals forward,” Clark said.

“Our buses are constantly all over the city,” Lopez said. “In essence, they’re one of the biggest contributors of carbon (emissions), so if we want to decrease our carbon footprint, then we need to invest in this kind of technology.”