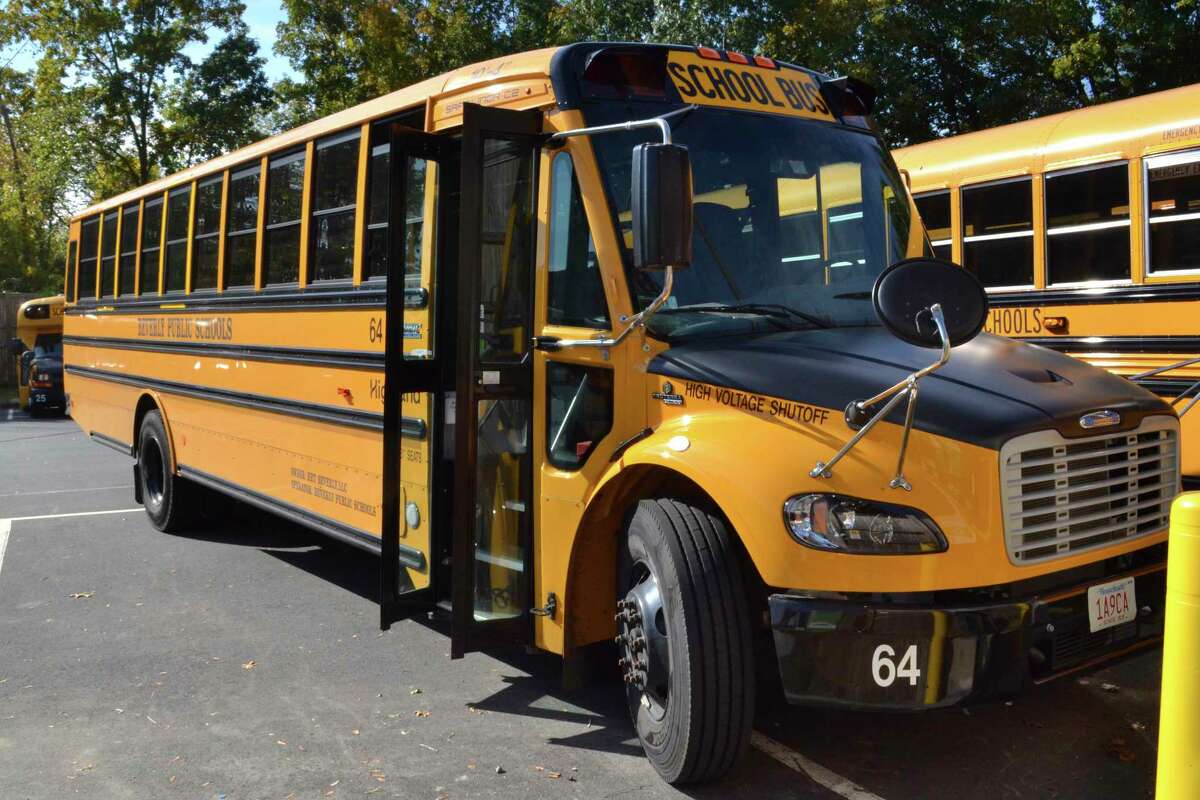 By Tracy BusmanOctober 24, 2022No Comments
WASHINGTON (AP) — Responding to “overwhelming demand,” the Environmental Protection Agency is nearly doubling the money available to states to buy electric models of the familiar yellow school buses that millions of children ride every school day.

The EPA made $500 million available for clean buses in May, but is increasing that to $965 million for districts across the country. An additional $1 billion is expected to be available in the budget year that begins Saturday.

In the current year, the agency said it has received about 2,000 applications requesting nearly $4 billion for more than 12,000 buses, mostly electric.
“America’s school districts delivered this message loud and clear: We must replace older, dirty diesel school buses,″ EPA Administrator Michael Regan said in a statement Thursday. “Together, we can reduce climate pollution, improve air quality and reduce the risk of health impacts like asthma for as many as 25 million children who ride the bus every day.”

Only about 1% of the nation’s 480,000 school buses were electric as of last year, but the push to abandon diesel buses has gained momentum in recent years.

FILE – An electric school bus, leased by Beverly Public Schools in Beverly, Mass., receives a charge at a charging station in a bus yard, Oct. 21, 2021, in Beverly, Mass. The Environmental Protection Agency said Thursday, Sept. 29, that it will nearly double, to nearly $1 billion, funding available to states to acquire electric school buses, responding to what it calls overwhelming demand for cleaner school transportation. Michael Casey/AP

School districts from all 50 states have applied for rebates under the program, which aims to replace traditional diesel school buses with low- and zero-emission models in the next five years. EPA said it will move swiftly to review applications submitted and expects to grant awards next month.

EPA Administrator Regan said the accelerated time frame for the grants was a result of especially strong demand.

The Biden administration is “working across all 50 states to accelerate the transition to a future where clean, zero-emissions school buses are the American standard,” he said.

Sen. Tom Carper, D-Del., chairman of the Senate Environment and Public Works Committee, said he was pleased to see high demand for electric school buses, including in low-income, tribal and other disadvantaged communities.

“These are the very communities that stand to gain the most from our historic clean school bus investments in the bipartisan infrastructure law,” Carper said. Given the strong response from states and local school districts, “it’s clear that more funding is needed … so that more communities can realize the clean air and energy saving benefits of these cleaner vehicles,” he said.

Rep. Frank Pallone, D-N.J., chairman of the House Energy and Commerce Committee, called the additional grant funding “a huge win for our nation’s children and our fight against the climate crisis.”

The current rebate application period under the EPA program closed in August. More than 90% of applications were for zero-emission electric buses, with about 9% for propane-fueled buses and 1% for compressed natural gas buses, also called CNG.

The Clean School Bus Program is intended to reduce planet-warming greenhouse gas emissions and reduce air pollution. Pollution from diesel fumes is linked to asthma and other health conditions that cause students to miss school.

“With applications flooding the Clean School Bus Program, school districts around the country have spoken: They’re ready to make polluting diesel buses a thing of the past,” said Sue Gander, director of an electric school bus initiative for the World Resources Institute, a global research organization.

“There’s no doubt we’re entering a new, electric era in student transportation, one with massive benefits for our kids’ health, climate and the economy,” Gander said.

The National Education Association, which represents teachers and other school professionals, welcomed the push for cleaner school buses, but said more must be done to improve school bus safety.

“We are thrilled about the new technology and cleaner fuel with these state-of-the-art buses,” said NEA senior policy analyst Tim Barchak. “But in terms of transporting your kids, that’s half the equation. We want them to have the best drivers … and the more we professionalize and stabilize the bus driver position, the better it is for kids.”